If Chief Executive Leung’s recent remark that HKSAR could “quit” the Convention against Torture was meant as a joke, he isn’t getting many laughs. Least of all because his timing is off – just over a month ago the Committee against Torture (CAT) released its concluding observations from its fifth periodic review of the HKSAR territory. CAT raised concerns that include: the use of excessive force by police, a “distinctly high threshold for granting protection” under the Unified Screening Mechanism, and the absence of a legislative framework for combatting human trafficking and forced labour. None of which is the least bit amusing. Call me humourless.

The victim, ZN (whose identity has been protected), came to Hong Kong in 2007 on a domestic worker visa. But he claims that the life he found in Hong Kong was not as promised. ZN alleges that his employer was verbally and physically abusive towards him, made ZN work long hours, withheld his wages, and confiscated ZN’s passport so he could not leave. He claims this went on for nearly four years, and that he sought assistance from the Hong Kong Police, the Immigration Department and the Labour Department, but that nothing was done.

ZN argues that the Hong Kong Government failed to protect his right to freedom from servitude and forced labour pursuant to Article 4 of the Hong Kong Bill of Rights Ordinance (HKBORO). He claims that the Hong Kong Government failed, in part, because its domestic legal framework does not prohibit human trafficking, including for the purpose of forced labour. There is much anticipation around this landmark judicial review, as it may determine whether the government has an obligation to create such a framework.

We agree human trafficking is an egregious violation of fundamental freedoms. So this case should be simple, right? Unfortunately it isn’t. The issue is that Article 4 does not explicitly mention human trafficking; rather it prohibits slavery, servitude and forced or compulsory labour. Check out our joint 2014 report with Liberty Asia, How Many More Years A Slave? to better understand these complex terms.

ZN’s lawyers argue that the High Court should follow the example of the European Court of Human Rights. In Rantsev v. Cyprus and Russia, the court interpreted Article 4 of the European Convention on Human Rights – a provision very similar to HKBORO Article 4 – to include a prohibition on human trafficking. The Hong Kong Government disagrees, arguing that the High Court should read Article 4 as written – without any mention of human trafficking. And it buttresses its argument by pointing out that, unlike most European states, the HKSAR territory is not bound by the UN Trafficking (“Palermo”) Protocol, which creates robust protections for human trafficking in all of its forms.

It is tough to discern which direction the High Court is leaning, but hopes are high that the court will find that the Hong Kong Government has an obligation under HKBORO Article 4 to create a legal framework to combat human trafficking.

In the meantime, I hope Chief Executive Leung lays off the careless comments and instead focuses on implementing the Committee against Torture’s recommendations. 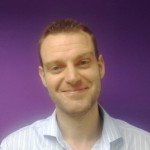