The news of Elis Kurniasih’s death came as a shock, but not a surprise.

It was a shock because it was a tragic, unnecessary loss of life of a woman who was more than a migrant worker; she was a mother of two children, a daughter, a friend, a young woman with hopes and dreams of her own. It was a shock also to learn of the exploitative circumstances which led to her death; however, this is the very reason it was not a surprise, considering the shameful lack of protection for migrant domestic workers in Hong Kong.

The absence of adequate protection for migrant domestic workers is why we at Justice Centre are currently conducting research on the prevalence of modern slavery and exploitation in Hong Kong, including forced labour, human trafficking and other forms of exploitation amongst foreign domestic workers and other migrant groups. The current lack of evidence is a convenient shield that the Hong Kong government use to deny the scale of exploitation; the findings from the research will provide evidence to advocate for legislative reform, and greater protection and assistance. We are about to embark on the data collection phase of our research amongst the migrant domestic worker population, and will put out more information on this project soon.

But more importantly, for now, our friends at the HK Helpers Campaign are running a Justice for Elis Action Centre where you can donate in support of Elis’ family and find out how you can take action to ensure justice for Elis and other exploited workers. Click here to read more about Elis' case. 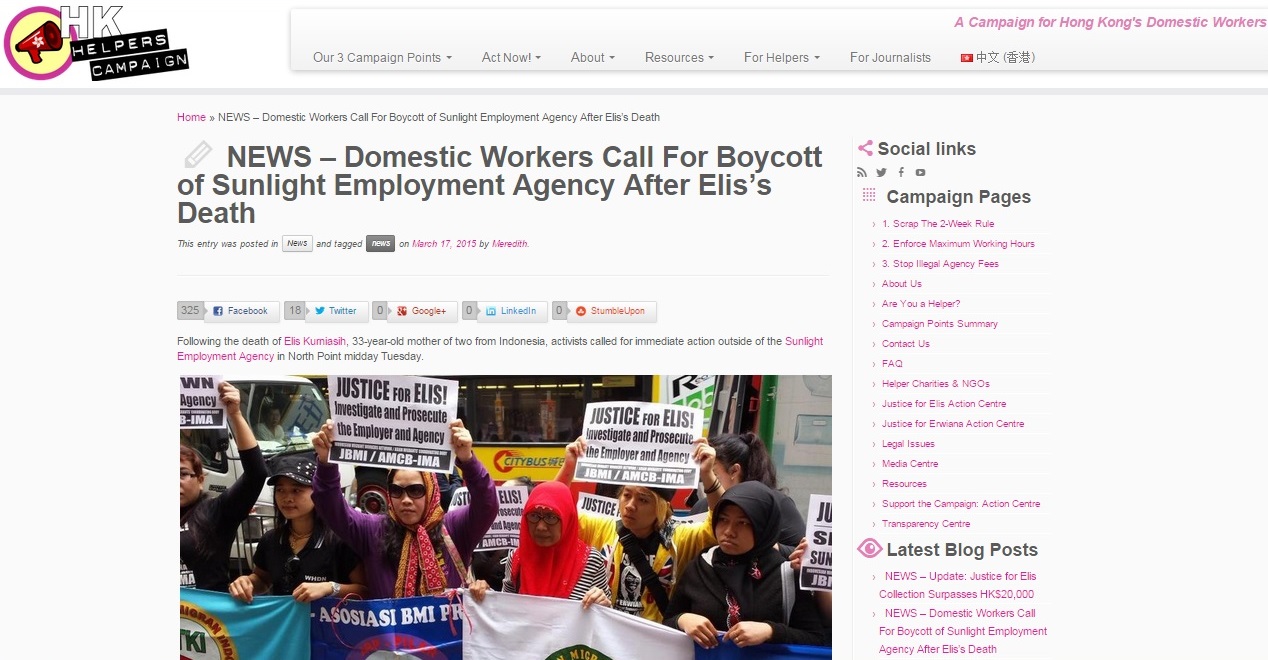